Hello everyone! Welcome to Nenakaylyn! I am a full time student while juggling being a flight attendant! I’ve been to over 30 countries and over 30+ states! I’m all about money hacks and travel! Come with me, on my journey to financial success and unlimited travel. I can teach you how to travel with practically no money, and make money quick and easy!

Six Flags Magic Mountain was rated the number one Six Flags by multiple sources so we decided to go check it out. The park is about one hour away from LA depending on the traffic, in Santa Clarita. The park stands alone and has a variety of rides and food options. The park is open all year and we happened to go on a Sunday in February. Six Flags Magic Mountain also includes a water park, Hurricane Harbor. This section was closed and is only open during Spring and Summer. The theme park was actually deserted, though.

In comparison to other theme parks I’ve visited this one was one of my favorites. There are a ton of thrill rides available. Since the lines were so short, that definitely contributed to my experience at the park. We only spent half the day at the park and got to do pretty much every ride we wanted to except for the one I wanted the most (of course). Superman Escape from Krypton. This one reminded me of Kingda Ka, which is one I did in Six Flags Great Adventure.

There are several rides we did not get to ride since we were on a time constraint to head over to Manhattan Beach, California. The newest ride at the park is West Coast Racers.

West Coast Racers was one of the rides we didn’t get a chance to ride because of the extremely long queue. This was to be expected since the ride had only opened the previous month. The ride is a collab between West Coast Customs (if you guys remember from the MTV TV show Pimp My Ride) and Six Flags. This is a racing roller coaster where the tracks are next to each other and race. As of now, I haven’t seen the ride win any awards, but it seemed wildy popular and hope to test it out sometime in the future!

There are several other thrill rides that have amazing reviews at the park such as Goliath, Batman, The Riddlers Revenge, Twisted Colossus and others. Many of the rides were closed whenever we were there. Hopefully when you visited there will be better luck!

This Six Flags location seemed to have better food options in comparison to others I’ve visited. Better as in a more diverse option and healthier. California is both of these so I assume thats why.

A couple of the options are:

The prices are as high as other theme parks, so be prepared for that. One benefit of being a diamond passholder is discounts! Which helps a lot if your bringing the family, or in a large group. Don’t forget to purchase your cup for discounted refills, too!

If you’re into shopping at amusement parks, there is no shortage of that here either. From capes, to games, to clothing, Six Flags Magic Mountain has it all.

If you’re ever in the Southern California area and not feeling Disney, or Knotts, I suggest checking out this top rated amusement park. There is something for everyone. Tons of new rides, shops and restaurants are added regularly, so even if you’ve been already why not give it another whirl?

How was your Six Flags Magic Mountain experience?

*All opinions are my own*

*Disclosure: Some of these links may be affiliate links, at no additional cost to you, I may make a small commission* 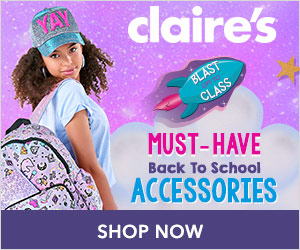